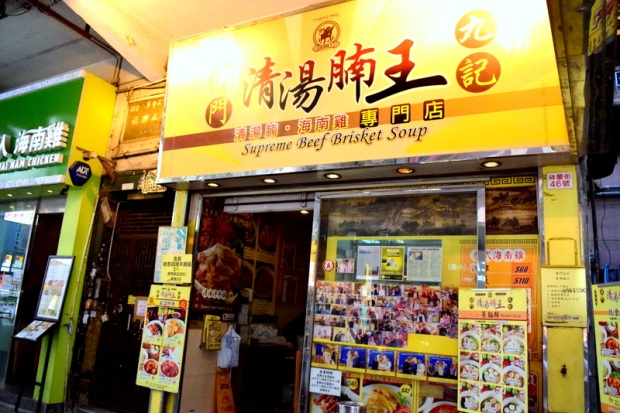 That’s why I always say, listen to the locals. And indeed, this initially not-part-of-the-itinerary restaurant was one of the most sparkling gems that we have found during this HK trip. Y’s HK friends highly persuaded us to pay this this Supreme Beef Brisket Soup restaurant a visit and fortunately did we manage to squeeze it in for breakfast before our evening flight back!

Scrutinise the prideful collage that’s stuck to the front door and you will see that many TVb heavyweights A-listers have patronised this restaurant! 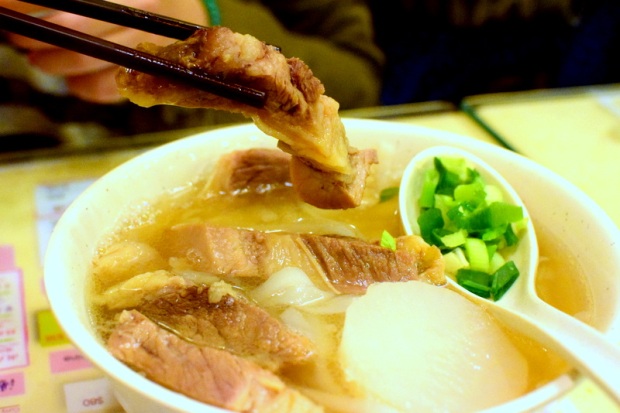 Getting the Beef brisket Soup Kway Tiao was seen as mandatory by Q and Y as the restaurant name suggested so. Undeniably, the clear beef brisket broth had such a strong umami flavour that you cannot resist but finish it to the last drop. Tons of painstaking double boiling or what not must have been performed before the restaurant opens at 11am. Fusing with the lean meat into one, the brisket has generated a heavenly consistency!

The dried gan lou mein was not spared from us either! Tossed with the flavourful special sauce, these super springy noodles tasted inexplicably heavenly with the boiled beef brisket. The alkaline taste that most HK wanton mee possesses was adequately controlled over here which allowed the luscious beef brisket to be emphasised.

And if you are still not too convinced, this board of glamorous awards should do the job!

This may have been perhaps one of the best beef brisket noodles that I’ve come across and is really highly recommended, more so than some Michelin I have to say. As for the price, you must have guessed that it definitely doesn’t hurt!