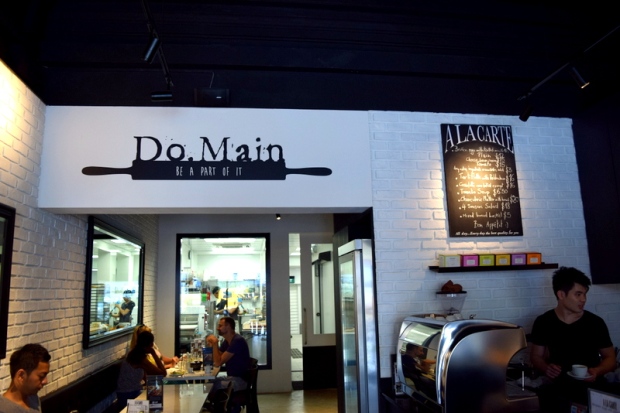 After having read the impressive testimonial of Chef Frederic Deshayes who is behind this monochromatic cafe Do.main from its official site (Yes, Big names like Lenôtre Paris, Pierre Hermé were mentioned), S and I decided to pay it a visit since we are both Easties! 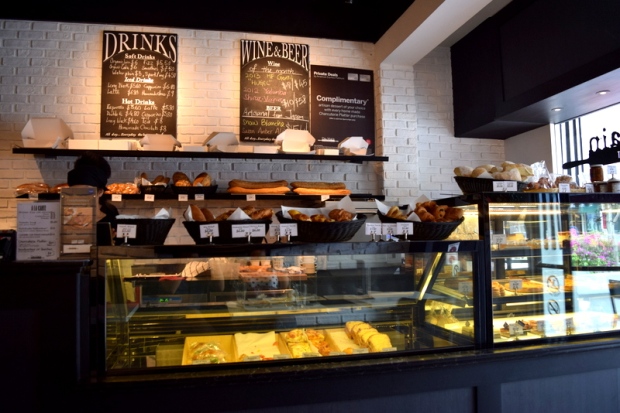 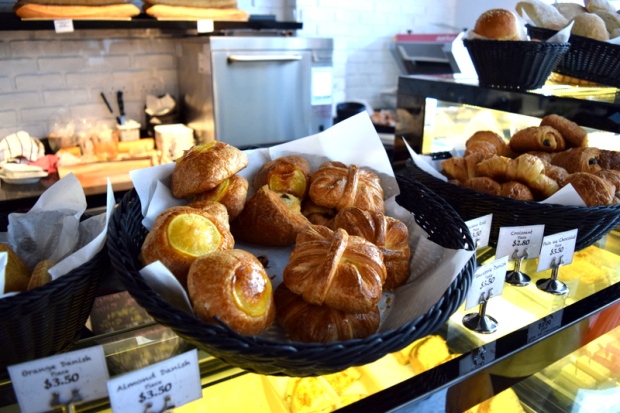 Having everything neatly laid out and categorised without any of the hipster paraphernalia in sight, it felt like a sincere cafe that wants to keep things clean, simple yet traditional. 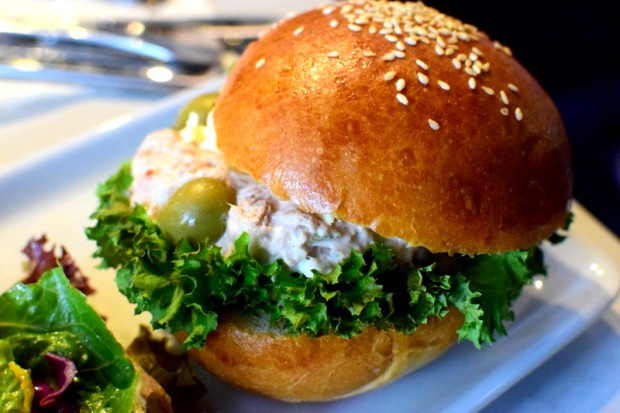 Despite having a pastry chef title, the savoury sandwiches here are also pretty delicious for a satisfying lunch and actually reminded me slightly of Artisan Boulangerie Compagnie (ABC) cafe. The tuna sandwich has a rich filling of smooth mayonnaise coated tuna lying on a bed of luscious greens, all contained within two slices of pillowy sesame topped buns. $8. 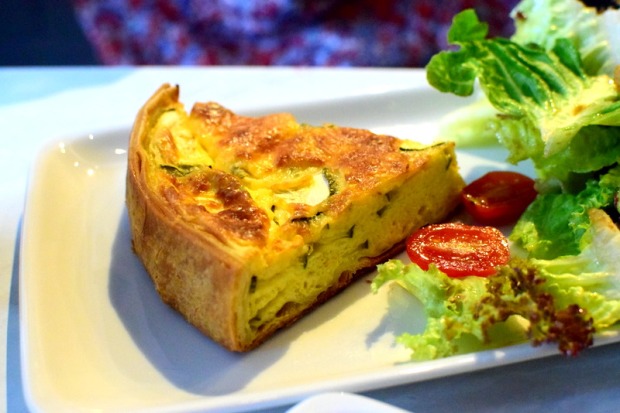 Not a fan of quiche at all as I find its inherently squishy and airy consistency slightly distasteful (maybe cause I had my first and last one from Sainsbury), this vegetarian quiche actually caught me by surprise with its more substantial eggy filling embedded on a really fluffy tart that makes its overall taste even more fragrant and consistency ever more palatable. 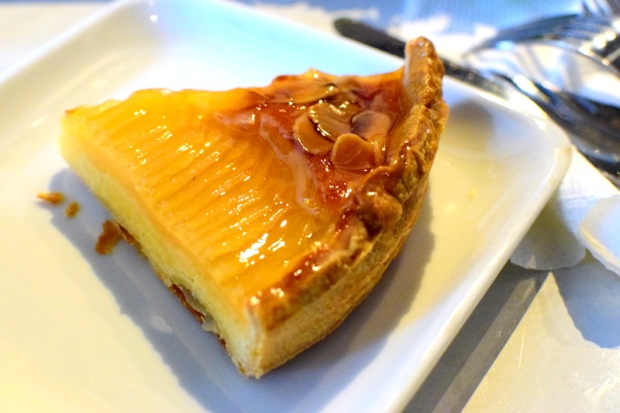 The pear tart highly raved by many reviews, is indeed exceptional as the buttery crust is laced beautifully with razor-thin pear slices topped with some crunchy almonds and finally glazed with a thin layer of light sugary syrup. A good balance found indeed between the  faintly sweet pear and buttery crust. $5. 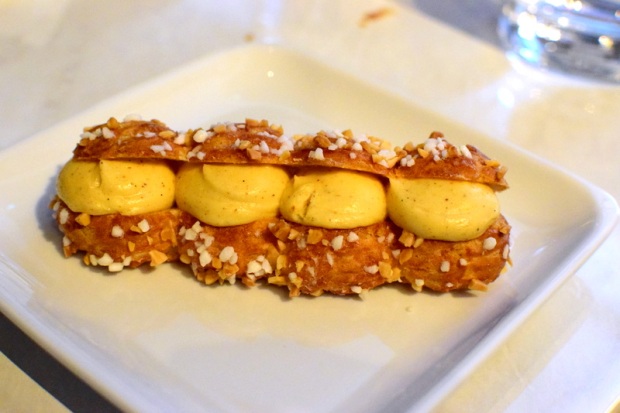 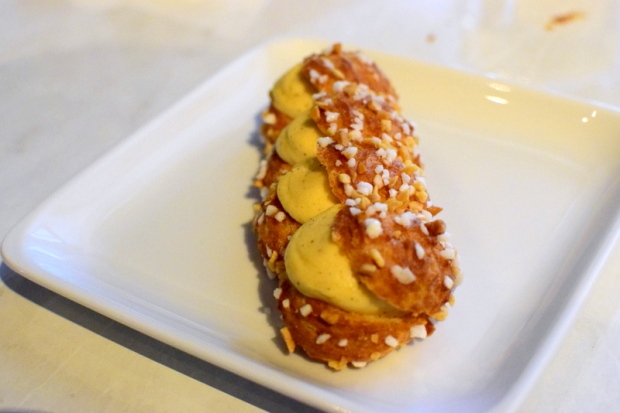 Despite knowing that they are small calorie bombs, I still succumbed to the Paris Brest that has its thick hazelnut-fragranted praline cream slotted between its interestingly molded Choux pastry. Definitely a good choice, I believe that the pastries over here would win over anyone with a sweet tooth. $5. 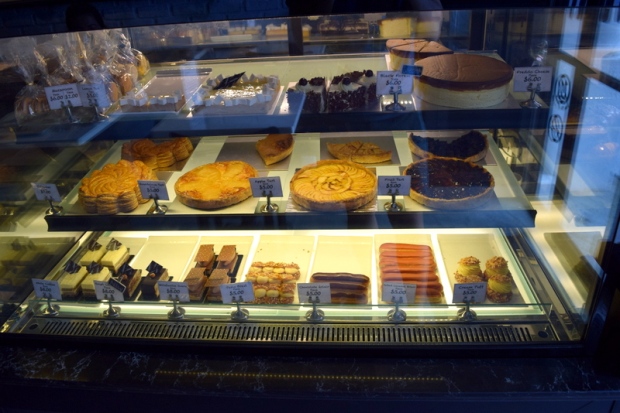 A closer look at the sweets available. 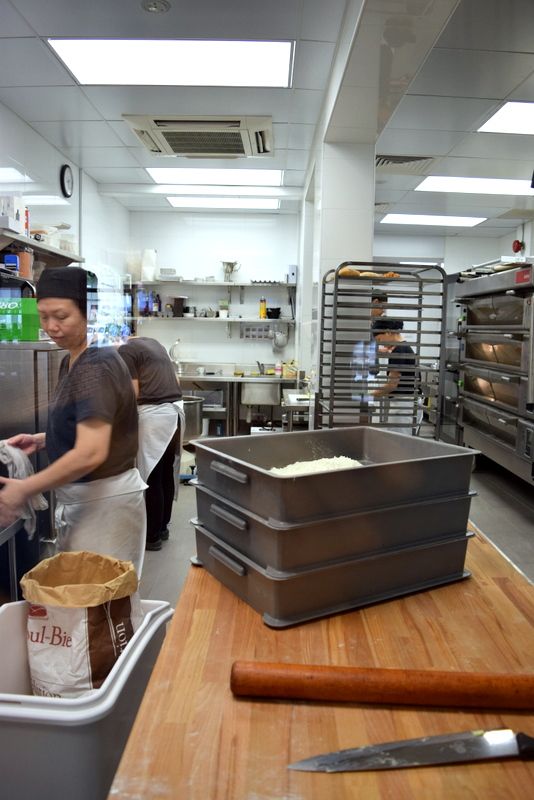 And the last thing that I think should be featured would be its spacious, organised, able-to-peer-through kitchen with all the baking essentials and stacks of huge ovens in the background!

And if you need something for a powerful breakfast to start the dreadful week, you could also get the brioche, baguette and whatever french bread that you fancy over the counter and the cheerful service crew is more than willing to slice them for you.

2 thoughts on “Do.main Bakery – Helmed by a French pastry Chef with a huge testimonial”