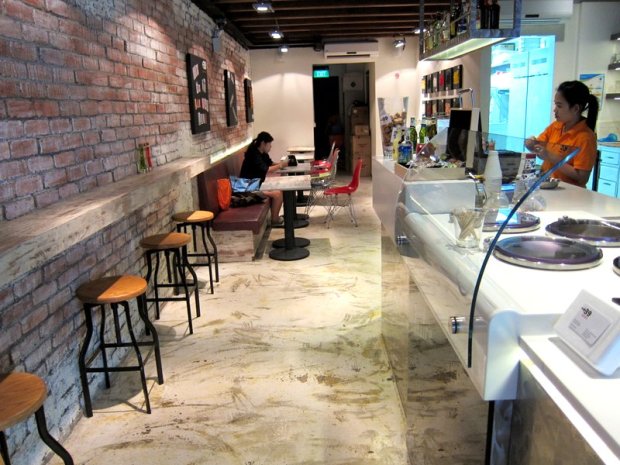 Looking chic with an industrial finish, +39 gelato, just like the reviews online, is the place for a good ball of gelato! Looking at the different traditional flavours available daily, the creed of plus39 gelato doesn’t seem to be striving for the unknown or intriguing flavours, but rather to perform solidly in the basic ones, perfecting each gelato with technique and thought. 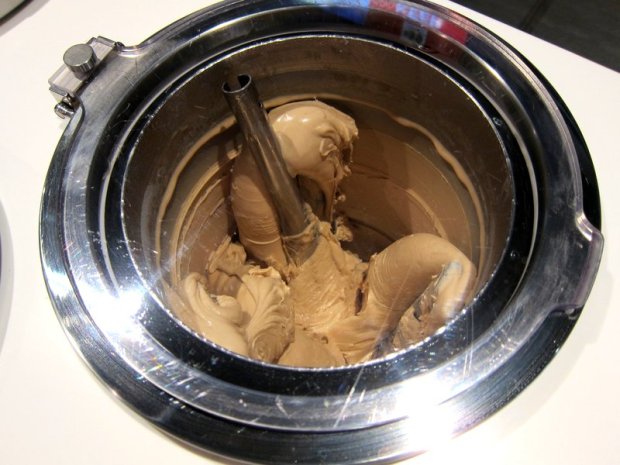 Not allowing its gelato to rest in a huge chiller, they were instead individually stored separated from each other, all in the purpose to maintain a precise temperature at which these gelato turn semi-liquid, into a chilled fudgy state. Containing mostly milk unlike ice cream, it is lower in fat and we know we could savour more at the expense of equivalent calories. The glistening texture beckons and we just needed 4 scoops on two waffles. 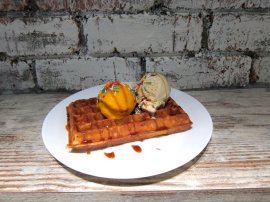 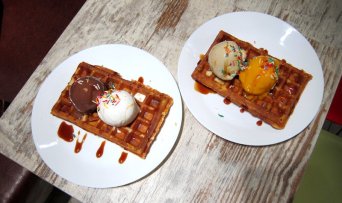 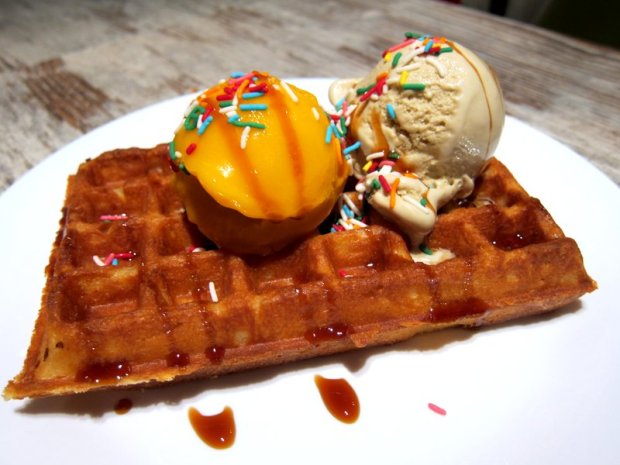 Looking slightly childish with the rainbow rice, but actually quite a hearty Italian outlook to be honest, we paired the refreshing sweet mango with the signature pistachio. Mango easily scores with Asians while the Pistachio has a fortified nuttiness in it which is brought out beautifully by the light saltiness. 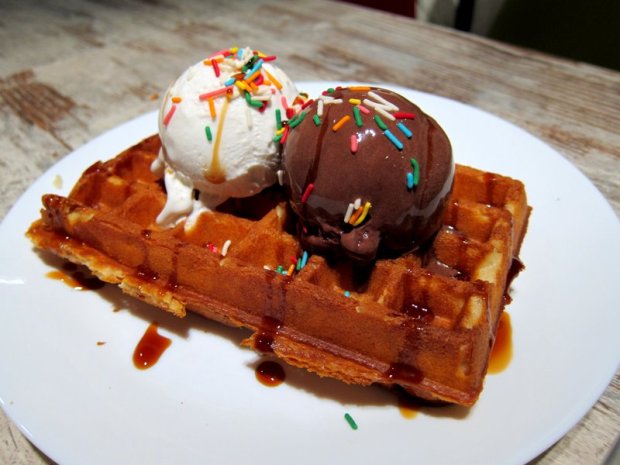 And next we decided to pair the creamy, coconut gelato with the super dark chocolate one. So delightfully bitter its taste is, that it makes the perfect balance with the lightly salted coconut. 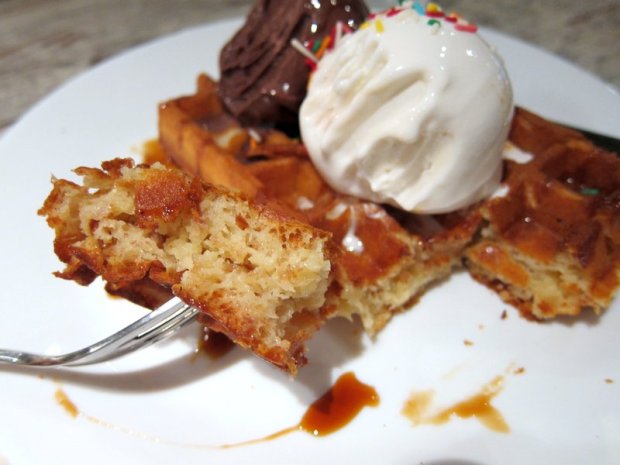 Waffle day for us two and we reckon the thick waffle is nicely crisped on the outside and evidently fluffy inside, filled with multiple air sacs across. Slather over it generously with the gelato, and you will get a satisfying bite.

And noticeably, all the gelatos are served slightly above its freezing point, thereby remaining totally moist throughout, without any biting iciness that may mar the overall taste. With so much techniques involved, +39 gelato makes a perfect dessert stop.