Near Esplanade or Cityhall MRT 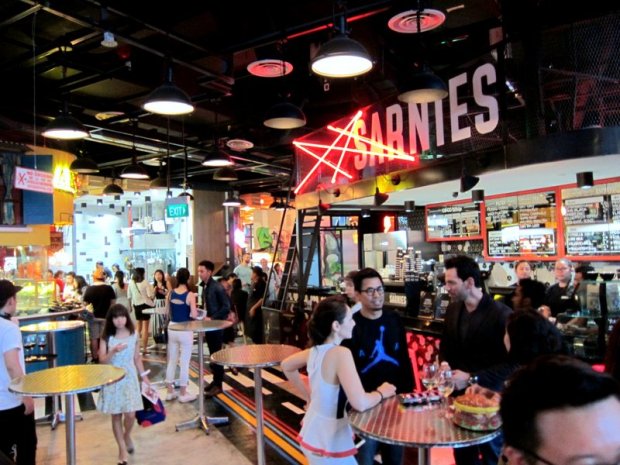 While Parsarbella at the Grandstand models more closely after a Farmer’s Market that consists of a balanced number of grocery stalls and gourmet traders, the recent one at Suntec City functions more like a, if you would pardon me using the most layman term, a ‘food court’, albeit a more upmarket and hipsterish one. With 14 different stalls available all under one roof, you get a chance to taste a wide range of cuisines, spanning right across the globe as we start off from the hearty Eastern Korean Choo Choo Chicken followed by the Mediterranean Pita and Olives, then ending the journey at the States as you land yourself at Wolf Burgers or Cajun on Wheels. Which makes this a perfect dining place if the group couldn’t come to a consensus on a restaurant to hang out at. That, is the strongest point I reckon which Pasarbella is armed with – the epitome for an eclectic range of food.

4 other stalls not tried, but that 10 was enough to send us home with a stuffed tummy. As for the quality of the food, hits and misses were as expectedly, prevalent which, given the benefit of doubt, may not be representative of the actual standard as some of the dishes were already pre-prepared to cater to the large crowd that night. Reviews equally split on their first principal branch at the Grandstand, it would be interesting to see how this second one fares as the traders over here seem to be serving up better quality food at an O.K. price.

Thank you Tessa for the invitation!