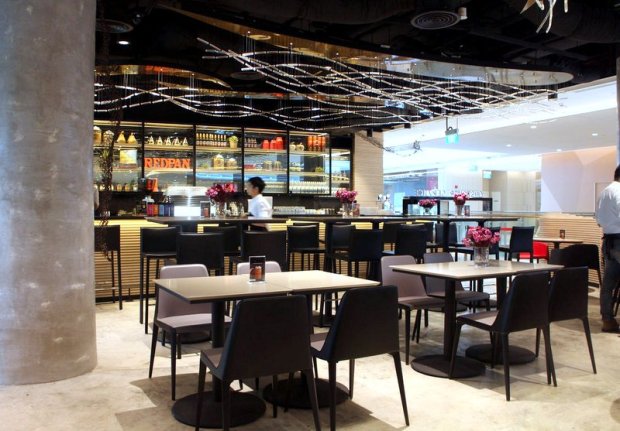 It is really rare that I would be at restaurant that is just a few weeks old as I usually like to browse more reviews lest the precious calories get wasted. But this time round, H and I decided to try our luck at the newly opened, chic-looking restaurant, Red Pan, at the newly refurbished part of Marina Square. Another fusion bistro, following closely behind the opening of East Bureau (that merges seamlessly different cuisines from around the world) at Marina Square, this on the other hand assimilates local elements into the more familiar western dishes. Things like hae bee hiam, char siew etc has been used and it may look radiant and sound fun, but the appeal wasn’t there after trying some of the more interesting mains and we reckon it might be perhaps worthy only a single visit. Service on the other hand is great, friendly but… yeah I guess we place a higher emphasis on the food. 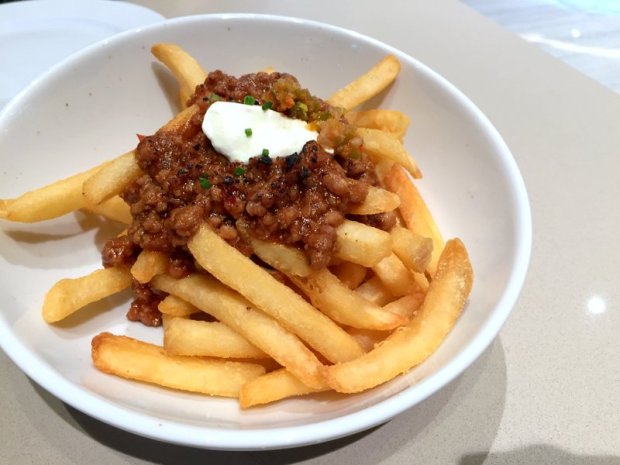 Char Siew Chilli Fries with sour cream. It really tasted more like minced meat with fries as the char siew fragrance was really faint, a far cry from the umaminess that we get from the really good ones at the more established Cantonese restaurants. $7. 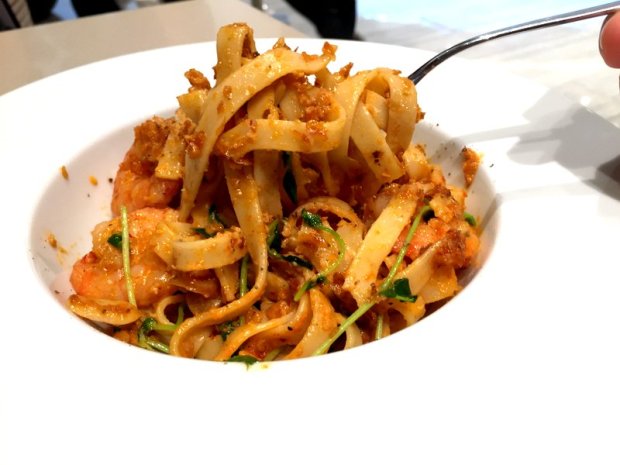 Prawn Hae Bi Hiam Pasta, Tagliatelle tossed with housemade spicy shrimp paste and sauteed prawns. Very strong pungent Hae Bi Hiam fragrance over here, but fell flat in its actual taste that got us bewildered. A pity though as the Tagliatelle was cooked to the coveted al dente texture. And I reckon that familiar crunchiness in the prawns reminds me of the brine solution that had been used to render such a texture. Authentic, fresh prawns would have been much preferred instead! $15. 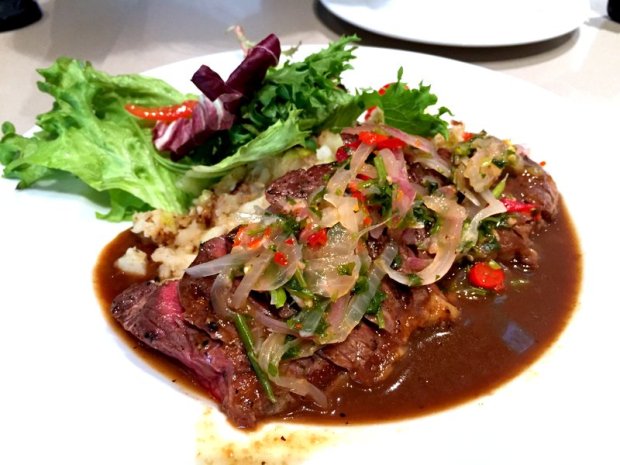 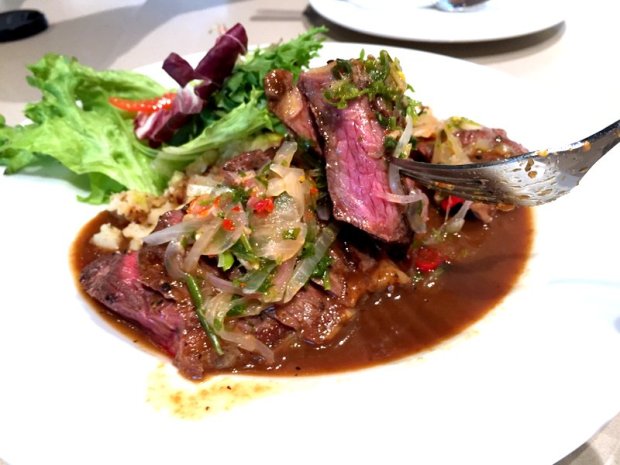 Grilled Sirloin Steak 250g with housemade spicy chinchalok, pickled onions and smashed potatoes. Ordered at medium rare, the sirloin served somehow was slightly tougher than what was expected but that tangy sauce there was spot on with the right level of citrusy acidity in it, balanced perfectly with the lightly spicy chilli. Refreshing yet still highly savoury, a pity the sirloin did not perform.

Stopped at the mains as we decided that the desserts could be better enjoyed at Haagen Daz. Well, this beautiful restaurant does have the potential in transforming into an excellent one, if more effort is placed in perfecting and elevating the tastes of the dishes. As for now,

Verdict: An above average restaurant. 3.1/5.