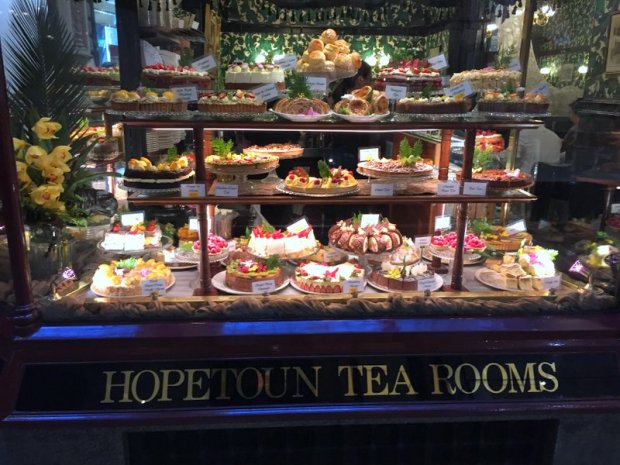 It strictly speaking is just a room and as small as it is, every sweet here at Hopetoun Tea Rooms was however spot on, if not perfect if I could conclude just base on the two cakes that we had that morning at 10am. I know, sounds ridiculous for these cakes to be taken at breakfast but that is somehow, the only way to beat the long snaking queue that never shortens throughout the day. Walking into this tourist-filled Victorian styled Block Arcade, whose interior has evidently been greatly influenced by the British and where was once a place only for the Royalties, we say it definitely has turned into an elegant artpiece today. And as much as we may not have exactly a positive thing to say about British food (the savouries at least), English tea is somehow one of the few that created an impressionable influence around the world. A Victorian arcarde; what could be more befitting than housing an English Tea Room in it. And there at the entrance already, you would be glared by the many luscious and irresistible cakes at the display, which the locals themselves could not even deny but to join the long mental queue. 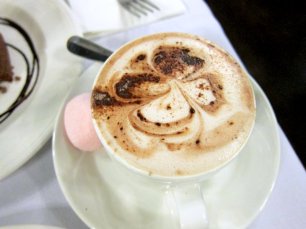 Without much of a hassle, only if you are there earlier on a lazy Sunday morning when most must still be slumbering in bed, we started the day off with the Hot Chocolate and Flat White, both at $4.95 each. And before we tourists start using our flashlights or what not, these elbow knocking spaced tables may make you think twice; sounds like how an Asian restaurant would function which in a way increases turnover as well.

What we really want to shout out though are these lovely cakes, made so hearty and soulful indeed. Carribean Coconut Crumble – Everything done perfect, what stood out greatly for me was that white dense layer at the top as it is beautifully perfumed with the coconut fragrance and punctuated with coconut shreds. Very delicious! $9.35.

Raspberry Pistachio Love – And given a nutty body, this is cut through seamlessly by the lightly sour but delightful and refreshing raspberry zest. $10.45. 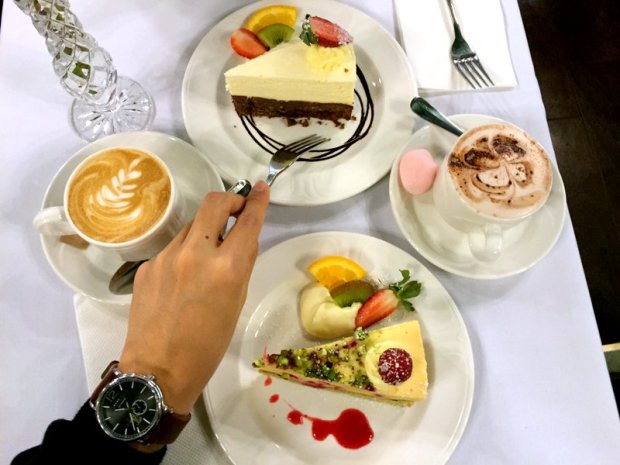 As much as I dislike anything touristy, this is one of those that should really be visited!