That infallible char siu, the exquisite dim sum that Mitzo serves and the impeccable roasted duck were what that kept my tireless return. It was the third time here and I still don’t foresee that this will be the last, or perhaps never if the head chef doesn’t change! Unable to secure a table during the festive CNY period, I know I need to bring the folks here to get a taste of one of the top Cantonese restaurants in Singapore. What’s even better now is that there is a 1-for-1 deluxe menu ($108) on promotion (only if you have a UOB cc or book through chope) and it was quite a no brainer on what to get that afternoon, of course together with the signatures that I have thoroughly enjoyed previously. Well, lets take a look at that set menu! 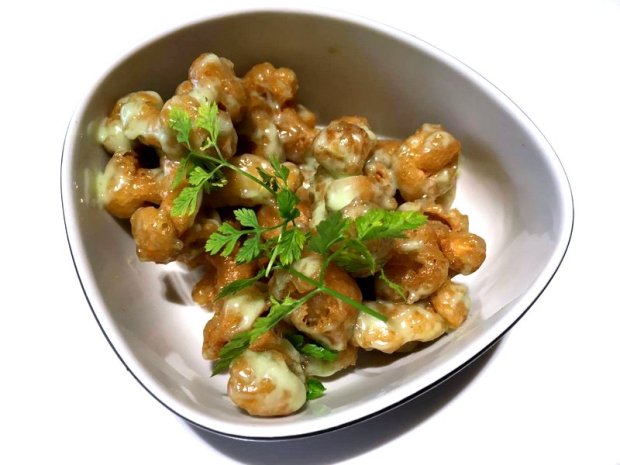 Deep fried crispy Shimeji with wasabi Mayonnaise. That scrunchy mushroom encased within the fluffy, lightly fried crispy batter and tossed with the light creamy wasabi mayonnaise, it was definitely an addictive appetiser!

Crispy prawn coated with truffle peanut sauce. How more creative could we get here; with these huge crunchy prawns given a nutty coat and yet still emanating a light truffle fragrance! Sensational indeed. 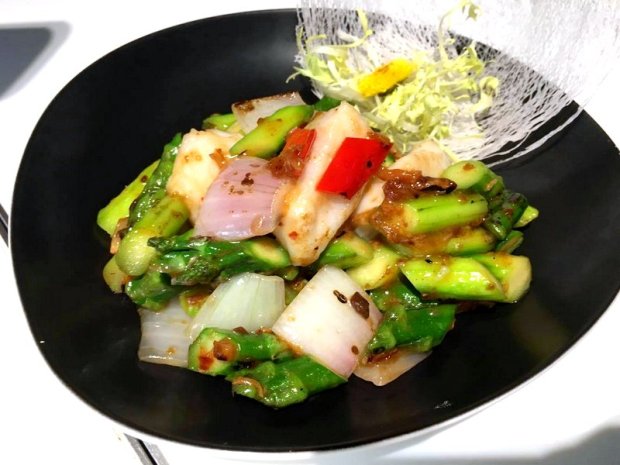 A crab meat soup before this but unfortunately not as photogenic, so lets fast forward to the stir fried sea bass with asparagus in spicy XO sauce. The tastes predictable, but all made to perfectness with great balance as that umaminess in the spicy XO sauce was beautifully expressed in the moist, creamy chunks of sea bass. 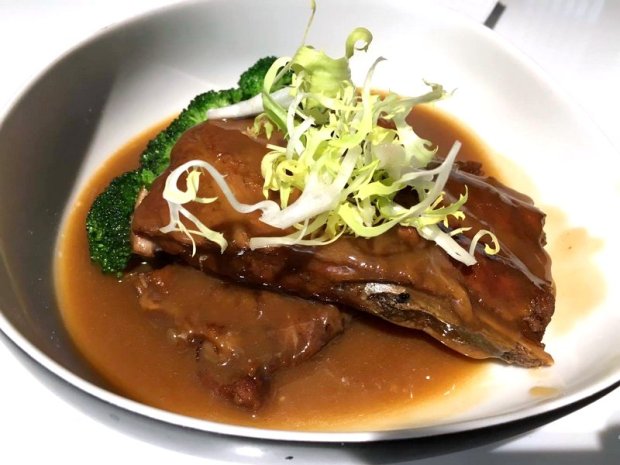 Braised pork ribs with herb infused dang gui. Two huge slabs of pork ribs cooked to the perfect consistency that could be torn apart effortlessly. The mum though felt that it has a little porky taste in it that didn’t make it to her top favourites, but we felt it was acceptable. 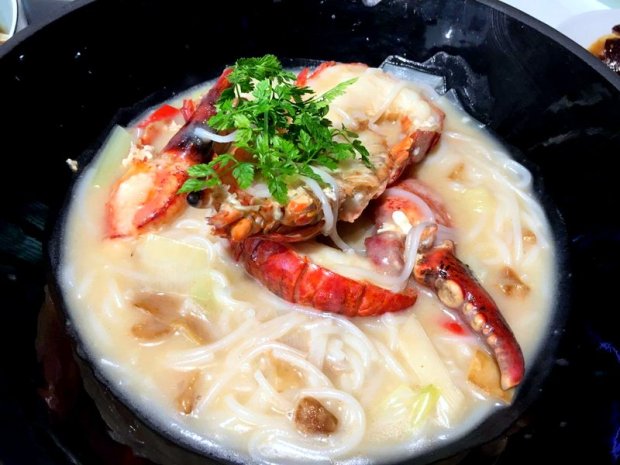 Braised vermicelli with lobster in superior broth. A finale for the savouries, this decadent bowl of lobster noodles was aptly and coincidentally placed as the last course. Most carbohydrate courses are usually less inspiring in the upmarket restaurants but this vibrant one kept our eyes lit and palates awake. So radiantly presented, the lobster meat was impeccably well poached to render that springy consistency while that light tasting yet thick and rich broth there, gives it an even flavourful body without snatching its limelight.

The dessert of the day was this smooth avocado puree with vanilla ice cream, without that sesame ball as this was ordered separately. Lovely end to the meal though I would have preferred a Hakkasan concept, that serves French infused desserts as their sweets instead. The sesame ball though deserves a shout out as it is filled creatively with molten chocolate and whisky that spices up the entire experience. Well done! 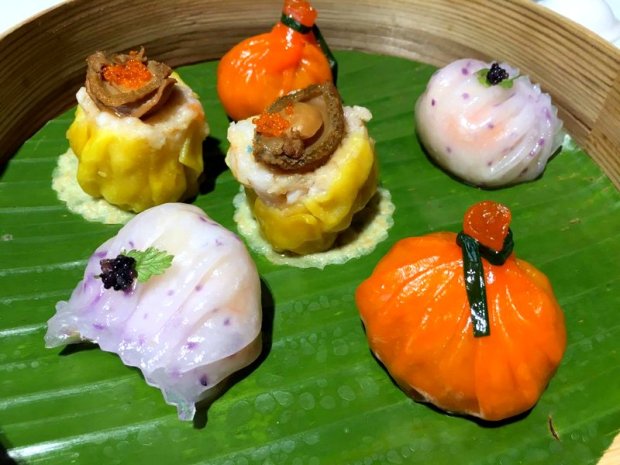 And these are the two other ala carte dishes ordered to finish off the meal! Yes indeed, the truffle roasted duck and the steamed basket of dim sum that are so beautifully presented and tasted equally delectable!

And the service crew gave us a complimentary liu sa bao to end our meal as this might be their first time serving such huge eaters!

Being really one of the best Cantonese places to go to in Singapore, it really would be quite cynical to deny this place a recommendation! I can see a return soon, perhaps in a week’s time actually! But I would say it could really be a perfect score if bold French desserts are served for desserts as this would be the first ever concept in Singapore which I believe could well take off easily!