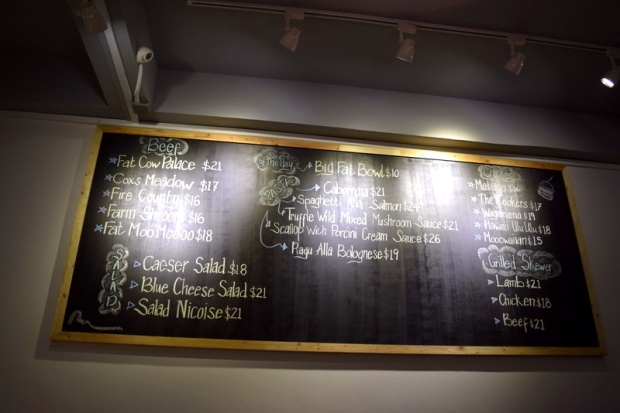 After being so successful in Malaysia, chef Eddie Soh, has brought it over to Singapore and opened his first branch at the Chinatown area. It may not be too busy on a Saturday night, but that is what I like about it, not overly crowded and rowdy, while you still get to enjoy good burgers and a relaxing meal. At slightly under $20, you could have a range of burger sets which comes with a side salad, a small bowl of wedges and a soft drink while the chief difference between the different sets – their toppings. As for your patty, either chicken or beef is served. 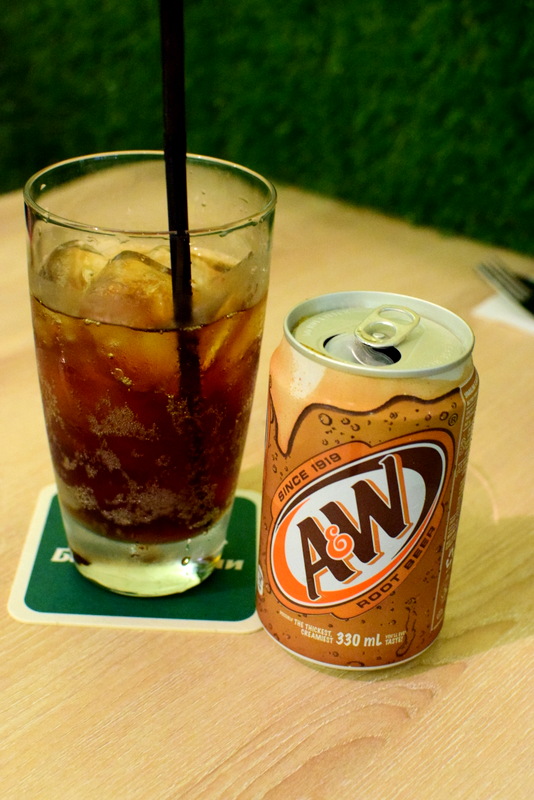 K and I both chose the now hardly seen A&W root beer. Haven’t had that in many years. 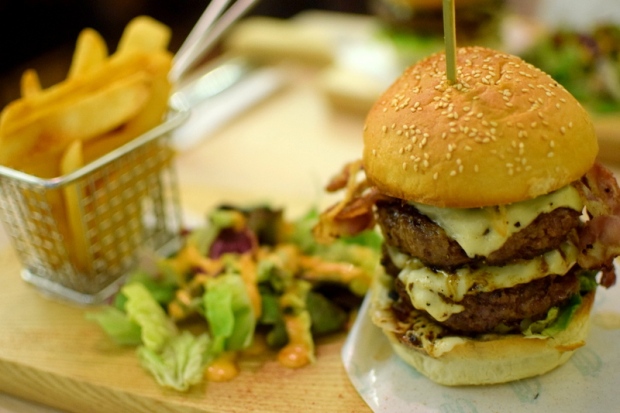 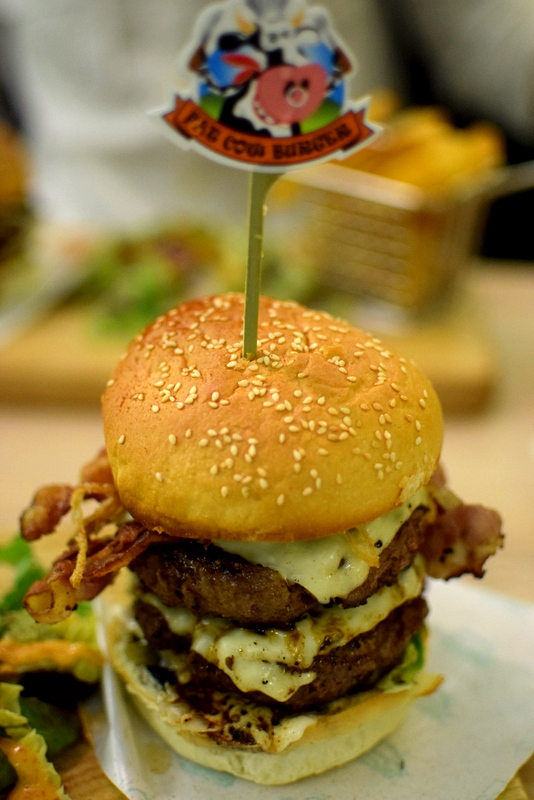 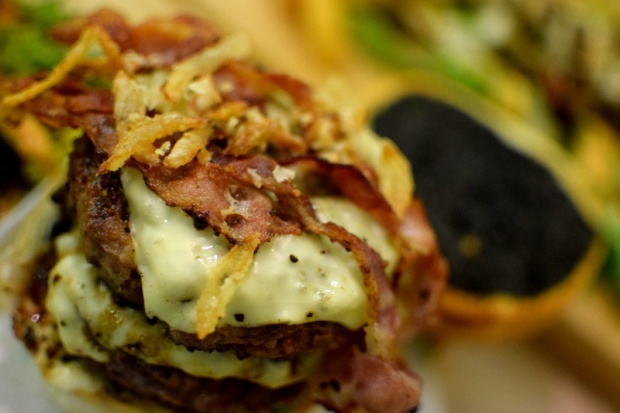 Got the fat cow burger set which has double patty intercalated with melted cheese and topped with bacon and fried onions. Super sinful but the juicy flavourful thick patty made the calories worth it while I love the crusty charcoal bun that has a super crispy outer layer. Very satisfying and definitely would fill up a hungry man. $21.

The other set ordered was the shrooms burger that has delicious glazed mushrooms laid on top of the patty. The mushrooms gives it an edge as it makes it even more fragrant. $16.

And we both shared the chicken skewer for $18. It tasted a little like kebab and was not bad but I thought for the price, we could have ordered the chicken burger instead.

So Fat Cow Palace did satisfy though I guess I would still prefer potato head. While potato head mainly focuses more on their sauces and tries to make burgers that are slightly less conventional, Fat Cow Palace serves the traditional kind of hearty meaty burger that would definitely not go wrong. Still, it is a good meal and I especially love the fluffy charcoal bun that makes this otherwise conventional burger stand out. Yums.