Yeah, it’s a revisit to Lung King Heen! The first time when I was there was actually five months ago in July 2013 and this time I brought my parents to try the ‘best’ dim sum in the world. Service here is also impeccable as they would quickly run to your table when they spot you refilling your own cup of tea. Every dim sum was, like what my parents said, very well executed and they love the food here.

This is my favourite from the first visit and is still my preferred cheung fen this time (over the scallop one). This is lobster cheung fen with chest nut. Super fresh and delicious lobster meat wrapped in the slithery smooth cheung fen. Sauce was so fragrant and everything just came together as a very good combination. HKD $150.

OMG, the super duper good seabass dumpling. This doesn’t have the chef recommendation sticker next to it but it’s Me recommended really. Skin was good, just of the right thickness and the fish in it is delicious. It’s my first time having fish meat dumpling and I thought it was really well executed. Fish in it was generous too. It’s really a dim sum you can’t find in many other countries, not even Singapore. HKD $60.

Yes, nobody will forget to order this signature LOBSTER, PRAWN, SCALLOP dumpling when they are in Lung King heen. Super fresh and succulent layers of seafood and you could taste the different textures when you bite into it. It’s like medley of surprises in that one bite! The skin is also very luscious and smooth. HKD $45 for one and of course we got 3! 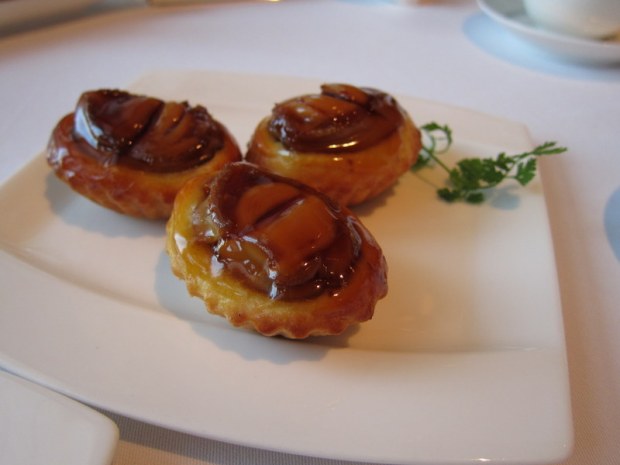 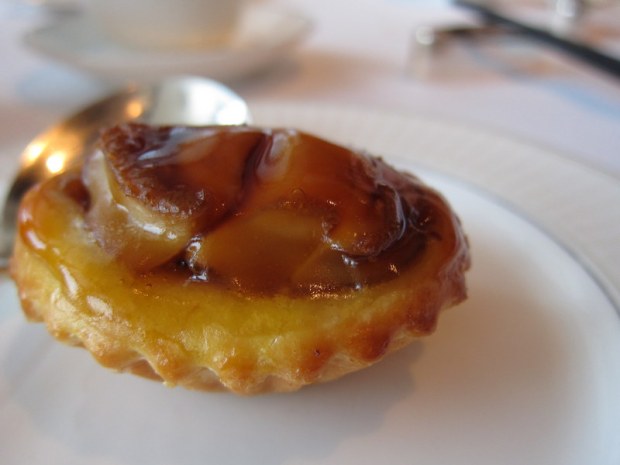 When you don’t forget about the lobster dumpling, you also would not forget their second signature dim sum – the abalone chicken pastry. Pastry didn’t taste too buttery and doesn’t make you feel queasy; that really displayed the prowess of this 3 michelin starred chef. Abalone was also springy and I love the texture. I literally slowly chewed my food for once! HKD $56 for one and again we of course ordered 3.

Taro pudding which is so good again. There’s a substantial amount of taro in this lor bak gou with turnip. The outer crust is crispy and the whole ‘pudding’ isn’t gooey at all. There’s again different textures to an otherwise simple dim sum! HKD $60.

Char Siew polo bao with pine seeds. Really fluffy bun and the polo crust was just fragrant. I like the char siew filling too as it’s fragrant, sweet and really savoury. My mum said it’s a little sweet for her but thought it was perfectly fine for me! HKD $60.

The scallop pear puffs. I guess it’s called pear as it looks slightly like one. There’s one fat succulent scallop in each of this yam pastry. The crispy skin was really well fried as it feels really fragrant, flaky and not oily. HKD $60.

Seafood crispy noodles. The very outstanding thing about this dish is that the noodles felt really crispy yet doesn’t feel fried at all as it wasn’t oily. This again, displayed the chefs culinary skills. I just felt that the sauce was a little bit bland until I added the red vinegar light sauce given to us for this noodles. This dish is actually meant to be light, but together with the vinegar, it made it very palatable and appetising actually! HKD $320.

We ended the meal with some complementary sesame cookies which were fragrant and jelly which was springy, light and has a little flower fragrance.

Yes, this definitely isn’t a cheap dim sum place but I would say that it’s worth almost every dollar spent and every calory taken in as you can’t get such perfect dim sum in most other countries, not even in Singapore. Indeed, I guess the chef really has what it takes to be the only 3 michelin chef for a chinese restaurant. We spent a total of HKD $1326 for the three of us. It is the first time that I ate my food a little more slowly just to savour every bit.